Learn how to use Loopback, grasp its fundamentals, and find out how you can use it for REST API development.

If you got interested in this LoopBack tutorial, you are probably already familiar with Node.js. This JavaScript runtime environment is a great tool, allowing you to build scalable and highly performant back end systems rapidly. No wonder it is often chosen by the most prominent players of the industry, such as IBM, Microsoft, or PayPal. One of the biggest Node.js applications is the mobile website of Walmart – and it successfully deals with over a billion requests on every major holiday.

Hundreds of major enterprises build their entire presence and API service tiers on top of a Node.js infrastructure. In this course, you will get to know how to build an API yourself using a Node.js framework called LoopBack. For any programmer looking to learn it from scratch or one that simply needs some more complex concepts clarified, this LoopBack tutorial is a perfect choice. In just under three hours, you will grasp all the fundamental ideas and learn to use the LoopBack framework for simple REST API development.

How to use LoopBack and why

One of the most important contributors to Node.js development is a Californian company called StrongLoop. Not only they maintain one of the most widely used Node.js frameworks called Express, but they also gave us LoopBack – a unique framework that you can use to create APIs and connect them to the data sources in the back end. It consists of a library of Node.Js modules, Yeoman generators for scaffolding applications, and client SDKs for iOS, Android, and web clients.

In forty one concise lectures of this LoopBack tutorial, I will show you how to get started with LoopBack. You will learn all the fundamentals of the framework, including but not limited to building models, implementing authentication, debugging your application, and connecting it to databases (such as MySQL, MongoDB, or PostgreSQL). This framework is highly extensible and requires minimal effort, as LoopBack does a lot of manual work for you.

Following the lectures of this LoopBack tutorial, you will not only get to know the framework itself but also find out how to use LoopBack for dynamic REST API development. API, as you probably know, is short for Application Programming Interface. Now, REST stands for Representational State Transfer and represents a specific software architectural style used in web service development. It has its own set of rules, and the services that comply with them are called RESTful.

Using HTTP requests, a REST API allows you to GET, POST, PUT, and DELETE data resources. Due to the fact that all the requests are stateless, REST is also an excellent choice for cloud environments. By the end of this LoopBack tutorial, you will understand how to build an API that complies with the RESTful standards from start to finish.

So be sure to join my REST API development course if you want a future career in IT, and especially in building APIs. Here you will learn how to use LoopBack properly and advance your skills. I hope to see you in the course! 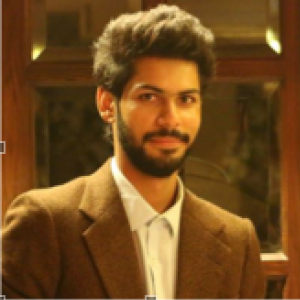